Integrating luxury glass windows into your home is a simple and elegant way to boost your property’s value and aesthetic quality, no matter the architectural style or design. By utilizing luxury glass for your windows, you are bringing a sense of class and heightened detail to your home while also providing functional improvements. Luxury glass is often more durable and far safer than the less expensive products available on the home improvement marketplace and therefore are a welcome addition to any high-end home.

However, when determining how to integrate luxury glass windows, it is important to consider the style of home you are designing as this will determine many of your aesthetic choices.

The experts at B & L Glass can assist you in selecting the perfect grade and style of glass to match the beauty, simplicity, and dignity of the American colonial style. A beautiful American colonial home deserves only the finest in luxury glass windows.

History of the American Colonial Style

However, due to the overwhelming influence of the British over the colonies, the British colonial style overwhelmingly became the aesthetic of choice throughout the majority of early American settlements.

Though the colonial style has many core designs tenants, dependent upon the region there was a wide difference in the execution of these styles. Colonial style homes in the New England region tended to be built with wood, a resource-abundant to the region, whereas homes in Long Island or in the Hudson Valley utilized stone and brick. In many ways, this varied style came to reflect the melting pot ideal that guided the soon to be formed United States of America. The various executions of the colonial home style were as varied and diverse as the cultures, languages, and religions populating the young country.

However, there were certain design elements that were standard across all iterations of the colonial style. The majority of homes of the time lacked significant detail, and certain infrastructural standards were enacted to ensure the ease of building.

As American history moved on, the colonial style of home reigned as the prominent design of the time up until approximately the 19th century and today can still be seen reflected all across the country. In fact, the style has recently undergone a considerable resurgence as many today consider the sparse detail and humble execution emblematic of a popular “folk” style known as a contemporary farmhouse, and has become an aesthetic desire for a higher standard of the homeowner with rich, classic interior design taste.

Design Characteristics of an American Colonial

American colonials are most defined by their reliance on symmetry and simplicity. In most cases, colonial homes are rectangular structures one or two stories high with steep pointed roofs and a staircase traditionally placed in the home’s center.

The entryway is in most cases placed directly in the center of the home with nine windows framing the entrance point, making for a simple, beautiful and elegant facade to greet visitors and guests.

Recently, there has been an increase in the popularity of the Craftsman or Bungalow style of home, which features many of the same design features of the standard colonial while integrating low pitched, gabled roofs and large porches with heavy square columns. This style became most popular in the 1950’s and 1960’s and the label “craftsman colonial” relates to the style’s showcasing of craftsmanship of the stone, wood, and brick workers employed to build this style of house.

As American colonial homes are designed to highlight symmetry and balance, this style tends to utilize traditionally rectangular sized window shapes to create the sense of uniformity and clean, elegant aesthetics. Though not common during the colonial era, bay windows would later become a popular addition in the colonial manners that would flourish during the 19th and 20th century.

In most instances. American colonial homes are best to integrate the double-hung window style and multi-plane techniques. Further, American colonials tend to feature thinner molding and shutters so as to leave room to showcase the classic colonial shutters.In more modern colonials, it is not uncommon to see casement windows with grills to replicate the feel and illusion of the traditional double-hung window.

Though the American colonial style is emblematic of a simpler, folksier time- today, homeowners are combing the style with a sense of upscale class by integrating higher end design qualities such as luxury glass.

In practice, modern luxury glass and tempered glass actually works to highlight the symmetry and simplicity of the American colonial style by boosting one of the most important aesthetic features of the style; the windows. By utilizing a higher-end level of glass, the window framing of the home’s exterior is given an extra layer of polish, boosting the symmetry and uniformity of the entire house.

Further, while colonials are quaint, dignified, and cozy, there are some practical impediments to the style. Due to the age of the home and style of construction, these homes can often suffer from drafty conditions and heating and cooling can, therefore, become a considerable burden. By integrating more modern luxury glass, you can assist in lowering energy costs and make the home more comfortable and lived in.

By design, the high-end luxury glass utilized by professionals like B & L Glass are also highly customizable, making it simple and efficient to match glass panes to the particulars of an older house.

Through combining the antique nature of an American colonial with the functionality and sleek design of modern luxury glass, your home will undergo a considerable upgrade as you enjoy the best of all worlds; the class and dignity of an older design and the functionality of a newer one.

Luxury Glass with B & L Glass

If you are looking to purchase or remodel a beautiful American colonial house, do not hesitate to utilize the services and expertise of luxury glass professionals like B & L Glass. The perfect glass  selection is paramount in creating the perfect look for your perfect home.

Ready to begin the conversation?

We can provide you with the best glass and door products for your commercial building project. We also have a large residential window, shower door, and door showroom to help you through the decision-making process. Our trained staff will guide you to the right windows, doors, shower enclosure, storefront, skylight, mirror or other glass product with the budget you have set for your project. We have several top of the line manufacturers that have a wide range of applications. With so many manufacturers we can fill most needs.

It’s great having them near for my glass needs. They are always very friendly, reasonably priced, and fast. A great local business.

I use them all the time. Their personnel is friendly and customer service oriented. They are there to take care of us.

I’ve used them many times. They are very qualified and very pleasant. They go out of their way to make sure it is just what I want.

They are highly professional, and they do a fantastic job. I am very happy. They deliver a fantastic product. They are doing a really good job. It’s a great company. 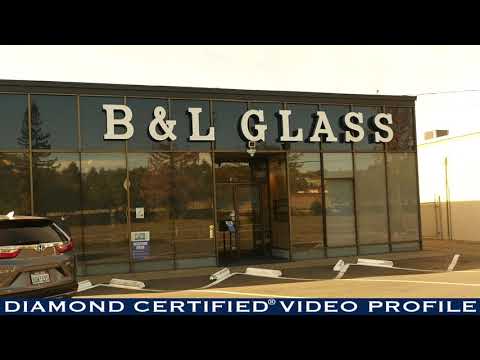 We are Diamond Certified

Read what over 300 of our customers are saying about us here.